Money in Los Angeles politics is a big problem. It doesn’t have to be – a new system called “democracy vouchers” would help ordinary people donate to campaigns.

Records are striking, but the main problem isn’t the total dollar amount; it’s where the money came from. Los Angeles has 4 million residents, 70% people of color. But the vast majority of political money came from a few wealthy white neighborhoods, many of them not even located in LA. Los Angeles’ donor class is not representative of Los Angeles.

Money from non-Angelenos trickles in during off years, but the floodgates burst open in mayoral years. Sixty-eight percent of money in the current mayoral race has come from donors who don’t live in Los Angeles, according to reports from the Los Angeles City Ethics Commission.

Knowing where contributions come from explains who can run for office, which candidates get elected and which policies get prioritized. LA is an influential city, with an economy matching small countries. Wealthy donors know that and spend exorbitantly to make sure their interests get attention at City Hall.

Unless we democratize campaign finance, policy responses to our city’s growing list of crises – housing, homelessness, drought and shootings, among others – will continue to be set by non-residents, special interests and wealthy white neighborhoods.

Currently, Los Angeles has a program which matches contributions up to $114 at a six-to-one ratio. This system has done a passable job helping more candidates run, particularly with smaller donations. But at best, matching funds have shifted influence from the very wealthy ($800 donors, the legal maximum) to the wealthy ($114 donors, the matched maximum).

Matching funds haven’t engaged non-donors or broken the stranglehold of special interests. For candidates, the process takes too long to be useful: Co-author of this commentary, Aura Vasquez, ran for City Council, only to receive money from the program two weeks after the election – when it was no longer useful.

We can do better, and it won’t take a constitutional amendment or a new federal law. We can fix this problem locally in the coming years.

A system called democracy vouchers is being used right now in Seattle. The idea is simple: Every city resident gets a few vouchers – think of them as political gift cards – that are donated to local candidates. Candidates receive vouchers and redeem them with the government for campaign cash – no need for ultra-rich donors or Political Action Committees.

Democracy vouchers provide the opportunity for anyone to be a donor regardless of net worth, race or income. Today, Seattle donors are more representative of the Seattle electorate.

When you don’t have disposable income, you’re not going to donate, and you won’t be asked to donate. When everyone has vouchers, you might donate – and you’ll definitely be asked.

For candidates, democracy vouchers mean the path to power doesn’t require playing nice with special interests and big donors. Instead, fundraising can simply mean going out in the community, knocking on doors. In Seattle, democracy vouchers have helped new candidates run for office, leading to the city’s most diverse mayoral field ever.

Los Angeles can have these benefits: more money from inside LA, a more diverse group of donors, and a more representative set of candidates and officeholders.

If corporations, special interests and people who don’t live in LA were casting ballots in our elections, drowning out the voices of ordinary Angelenos, we wouldn’t stand for it. But when the vast majority of campaign money comes from a source that isn’t someone living in LA, we call it politics as usual.

We don’t have to settle for this status quo. LA elections shouldn’t be funded solely by corporations, special interests and the well-connected – they should be funded by Angelenos. With democracy vouchers, we can make this a reality.

Note: This article was originally published in CalMatters. 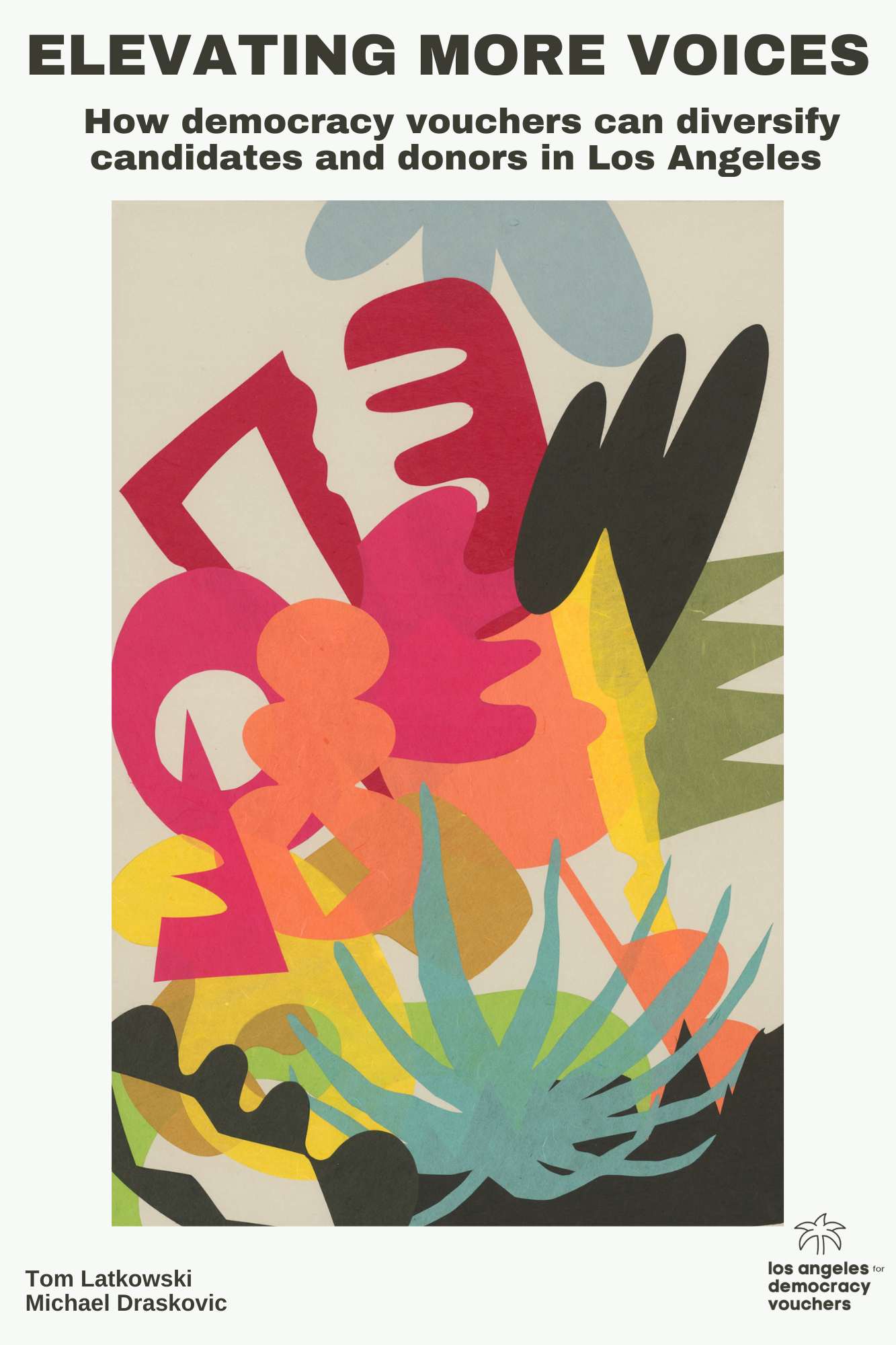 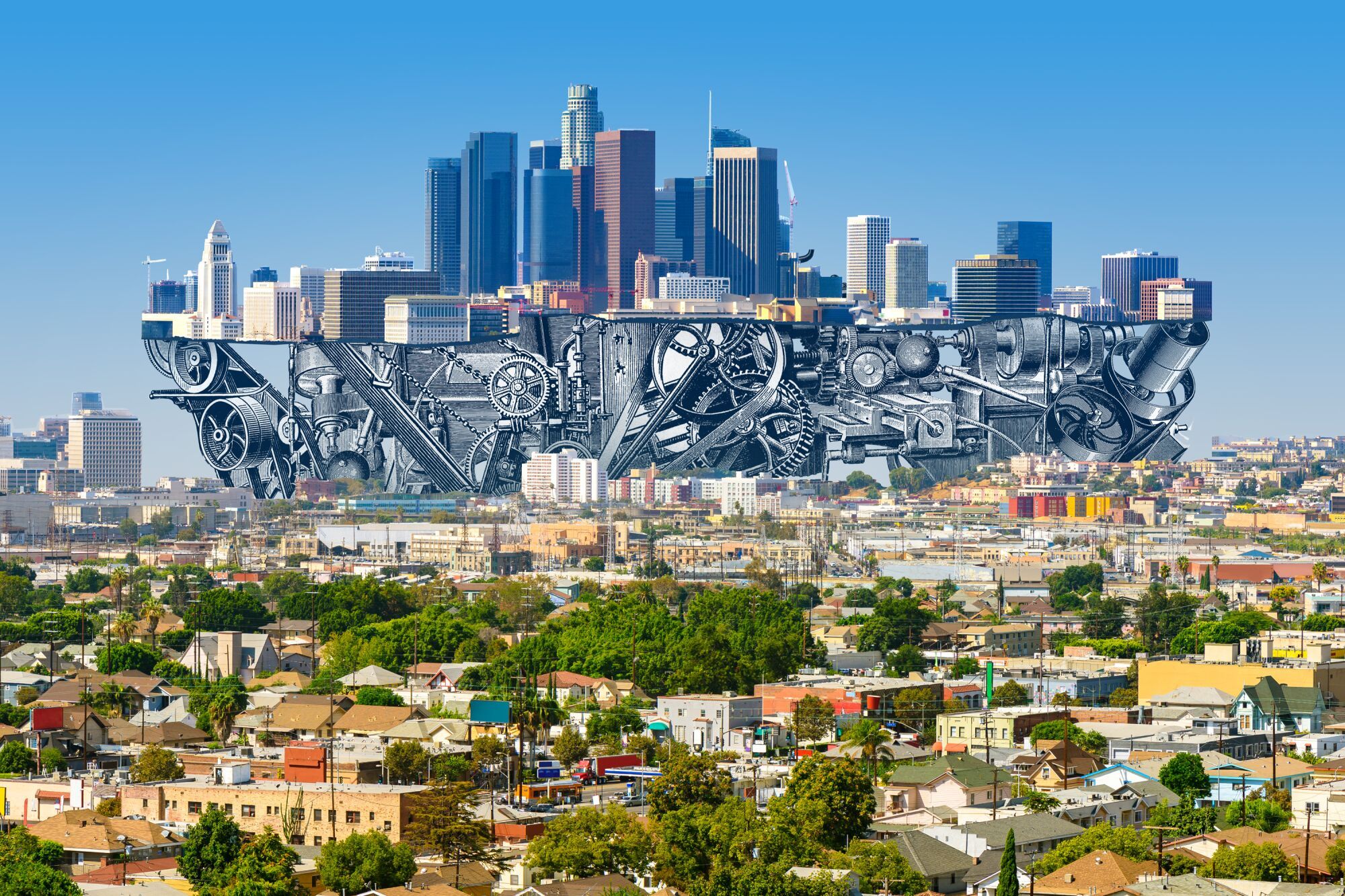