Currently, money in LA politics comes mostly from sources that are not reflective of the city. Our findings show that just less than half of money in the 2020 City Council races came from people who live in LA City — the rest came from special interests or from people who don’t live in Los Angeles. What’s more, majority white ZIP codes gave on average 2.6 times as much money as majority people of color ZIP codes — extremely disproportionate for a city composed of 70% people of color.

This money affects who gets elected to city office. Previous studies have consistently found that the traditional campaign finance system benefits white people, men, and incumbents above everyone else. Our report found similar results in Los Angeles: the diversity of our City Council has never been reflective of the diversity of our city.

Implementing a “democracy vouchers” system would address these problems. Under such a policy, every LA resident would receive vouchers to donate to local candidates of their choice. Seattle passed a similar policy in 2015. Since that time, donors have become more diverse, more candidates have run for office even if they lack traditional fundraising networks, and political engagement in the city has increased. LA can expect similar results if we implement democracy vouchers here. 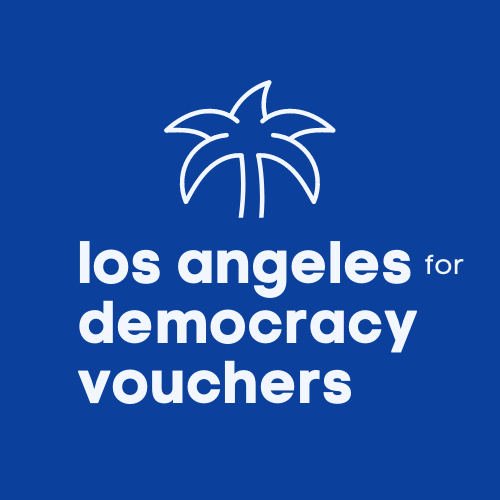